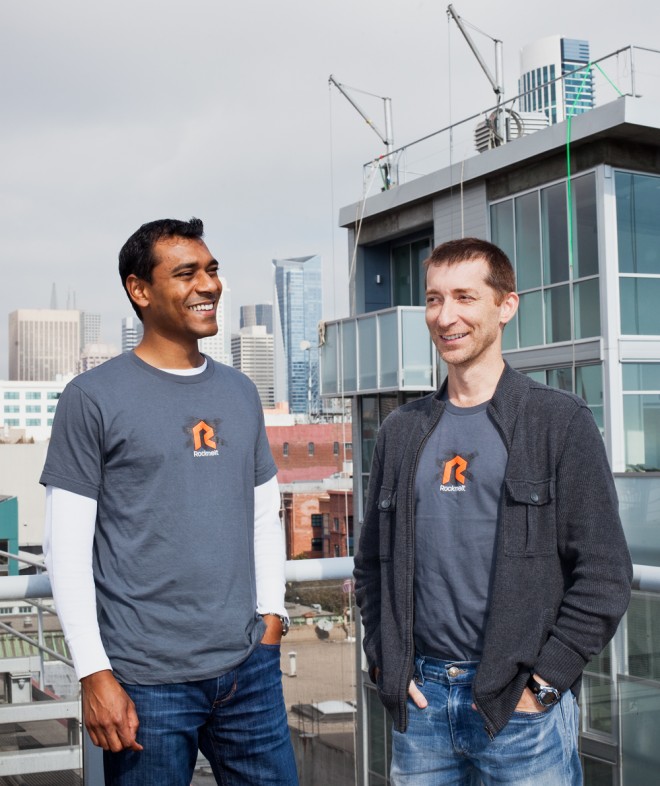 When Marc Andreessen co-developed the original graphical browser in the early 1990s — the application that lit the fuse for the Globe Wide Web explosion — he had no inkling how the internet would be used. &#8220We had no idea about e-commerce or social or games or music or any of the stuff folks ended up doing. So our browser was a blank slate.&#8221

Now, he says, the internet is mobile. It&#8217s &#8220about pictures, social and streams.&#8221 And so, says the original browser boy, it&#8217s time for a new take. Hence, Andreessen is a main funder — and cheerleader — of RockMelt, a organization releasing an eponymous app these days that it calls the very first correct mobile browser.

RockMelt had previously released a desktop application that it dubbed the initial social browser, with restricted good results. (Though RockMelt boasts “hundreds of millions” of users, that is unimpressive for a mass-industry item like a browser.) But now the company is going following larger game. RockMelt desires to give you the navigational flexibility of a browser with the persistent utility and entertainment worth of a streaming feed of every little thing that interests you. All delivered in a package that functions beneath the increasingly dominant swipe-and-pinch interface.

“There’s been a basic shift in the way individuals use computer systems — from the command line to gesture-based GUIs,” says Eric Vishria, Rockmelt’s CEO. Simply because well-known browsers have barely budged from that command line paradigm, he says, men and women are employing them much less, spending much a lot more time on native mobile apps like Facebook, Instagram, Fab, Pinterest, and so on. “We take on this new generation and apply it to the web itself,” he says. “It’s more rapidly, much more fun, a lot more informative. An completely new way to navigate the web.”

Available for download on iPad beginning nowadays (other platforms and devices are in the performs), the new RockMelt claims to be distinct from other browsers in 3 approaches.

First, the interface has been built natively for tablets. “The direct manipulation is a quite big alter,” says Andreessen. “You can reach and touch everything on the screen, in a continuously reactive way.” Akin to the style of Flipboard or Pinterest, links float onto the screen as mosaic tiles arranged in two columns. You can poke, slide or stretch them. Like stories in a Facebook feed or expanded Tweets, they reproduce key pictures from the linked pages, or even embedded movies.

The display of those tiles flows from the second distinction: The property web page on this browser is really a stream of the web pages you most want to check out. “I see that mosaic as a river of content material going by, and I can just dip in,” says Tim Howes, RockMelt’s CTO.

Items show up on the stream in two techniques. Users express what they’re interested in by following their favored internet sites. And, probably even a lot more critical, they see what their close friends or contacts are sharing.

Which leads to the third difference — like RockMelt’s original desktop browser, this new mobile version is social. Very social. The stream is populated with links from your Twitter and Facebook cohorts, importing the stuff that they are sharing with you through those respective services. Users also can adhere to other RockMelt customers and share web sites with them.

RockMelt has provided a seductive incentive to join this new community. When sharing with other individuals on RockMelt, customers can quickly mark internet sites and stories equivalent to the way 1 “likes” something on Facebook. RockMelt provides a wider choice when you want to “emotocode” one thing. In addition to “like,” there’s “lol,” “want,” “wtf,” “aww,” and “hmm.” (In its early testing of RockMelt, a company designer noted an intriguing usage: Lady employed the “want” button to tag stories about items, food and men. Males utilized it to link to stories and pictures of women.) That “want” button also may be a boon to advertisers searching for to pitch products — and it’s been reported that Facebook is thinking about its personal “want” button.

The social side of the mobile browser.

In future versions, Vishria says, the stream could even consist of updated results of your earlier searches. (RockMelt has an arrangement with Google as its search backend.) This function, named Conserve Search, will primarily let you make your query results persistent. “We have a patent on this,” says Howes.

“Building a browser and social network are two major undertakings, and originally we had concerns about it,” says Vishria. “But it’s clear now that there are massive graphs of private connections like Facebook, Twitter, Spotify and Pinterest. Spotify leveraged it so individuals can find playlists. In our case, we’re just trying to locate the best internet content for you.”

The new browser is a big step for the firm, founded in 2009 by the two veterans of Andreessen’s post-Netscape startup LoudCloud (which beneath the name OpsWare, was snapped up by HP in 2007 for $ 1.6 billion). Vishria, 32, was a wiz kid who graduated from Stanford at 19, joining LoudCloud after a stint in investment banking. “He would have been the CEO of LoudCloud had we not been sold,” says Andreessen. The other co-founder, Tim Howes, 49, is a Netscape veteran who invented a important web standard. They released the desktop browser to a fair degree of interest just about two years ago, but for the last year a lot of the interest of this 45-individual firm — based on the third floor of a Mountain View office building — has been focused on the mobile browser.

Of course, the huge challenge is finding the masses to download and use the product. Even more than with computer systems, men and women tend to use the default browsers on tablets and phones. Vishria and Howes make a convincing case that the way people interact with the mobile world wide web needs a rethink of the classic access point — but if RockMelt is successful, you could most likely count on default leaders Apple, Google and Microsoft to move in that direction too.

Nonetheless, no matter whether it’s with RockMelt or an eventual rethinking of Explorer, Chrome, Safari and the rest, this a lot is clear: We’re going to get browsers that reflect the way we use tablets and phones.

As Andreessen says, “Computing is going to vanish into panes of glass. In the future you are going to just assume that each and every pane of glass is a touch pc and it is connected to broadband. If it is not active, you will assume it’s broken.” And he’s betting that when we reach this planet of panes, we’ll be accessing the internet by means of RockMelt.